NHL all-time leader in wins by U.S.-born goalie retiring at end of season

ANAHEIM — Ryan Miller made 23 saves in the final home game of his 18-season NHL career, and the Anaheim Ducks defeated the Los Angeles Kings 6-2 at Honda Center on Saturday.

Miller announced Thursday that he is retiring following this season. He’s the NHL all-time leader among United States-born goalies in wins (391) and is second in shutouts (44) and games played (795).

“It’s been a lot of fun over the last 18 years and kind of an emotional end when you do something so long,” Miller said. “I’ll be around the rink, just not in the crease.”

Tobias Bjornfot scored his first NHL goal, and Calvin Petersen made 27 saves for the Kings (19-24-6), who scored two goals in the final 5:04 of the third period to win 2-1 here Friday. 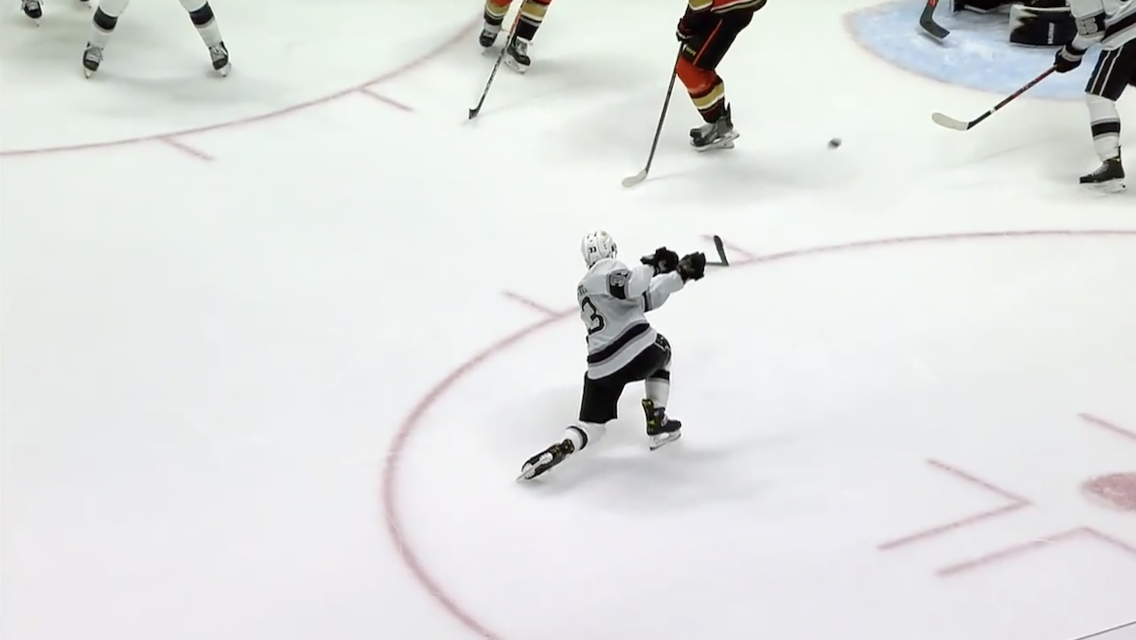 Los Angeles is seventh in the eight-team Honda West Division, nine points behind the fourth-place St. Louis Blues for the final Stanley Cup Playoff berth. The Vegas Golden Knights, Colorado Avalanche and Minnesota Wild have qualified from the division.

“We’re not going to make the playoffs. I just don’t see how that’s going to happen,” Kings coach Todd McLellan said. “I think it’s noble that we’re feeling sorry for ourselves a little bit, but we can’t keep playing the way we did tonight and, in fact, we can’t play the way we did the other night, when we won the game.”

Despite the one-sided loss, the Kings remained on the ice afterward to congratulate Miller.

“When you see the officials, the other team, coming down to pay their respects to him and congratulate him on an incredible career, you don’t see that often,” Anaheim coach Dallas Eakins said. “I just think that says volumes about how well he’s respected.”

The Ducks scored first again Saturday when Zegras made it 1-0 with his second NHL goal at 7:44 of the first period.

“Just the electricity that Zegras, Comtois and [Troy] Terry had together,” Eakins said. “They’ve got some synchronicity going right now.” 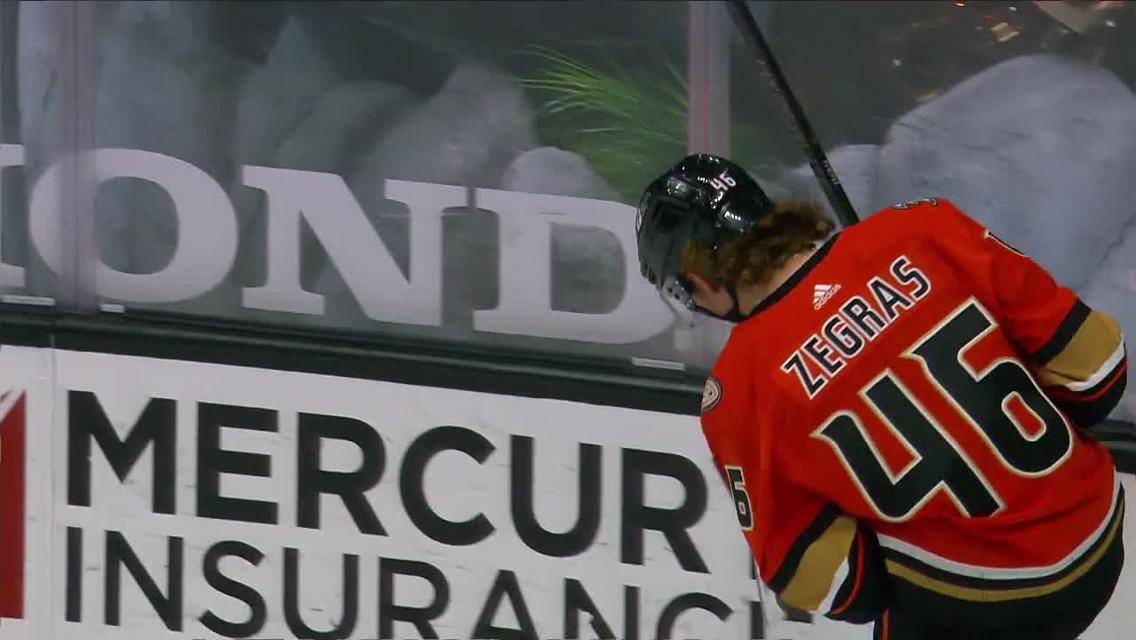 Zegras kicks off the scoring

Anaheim defenceman Haydn Fleury saved a goal with a blocked shot on Trevor Moore at 12:01 of the second period, and the Ducks followed with two goals over the next 1:08 to move ahead 3-0.

The Kings ended Miller’s bid for his first shutout since Feb. 19, 2019, at 3:51. Brendan Lemieux scored when Sean Walker‘s shot bounced off his hip and into the net to make it 4-1.

“I think he probably had the best game I’ve seen him play,” Eakins said of Larsson. “He was hard on the puck, he defended well, and he was finding sticks.”

Miller made nine saves in the first period, his best coming on Lias Andersson from in close at 10:15. He made a glove save on Adrian Kempe from the slot at 6:10 of the second period to keep it a one-goal game.

“It’s great to compete, it’s what I’ve always wanted to do,” Miller said. “We got off to a great start and I thought we played a nice complete hockey game, carried it over from last night.”

NOTES: Los Angeles forward Anze Kopitar remained three points short of 1,000 in his NHL career. … The Kings went 4-3-1 against the Ducks this season … Anaheim is 24-11-5 in its past 40 regular-season games against Los Angeles. … Ducks forward Ryan Getzlaf returned after sitting out on Friday to rest his back. He played 15:05 in what could be his final home game as a member of the Ducks. Getzlaf needs seven points to tie Teemu Selanne for most in Anaheim history (988).