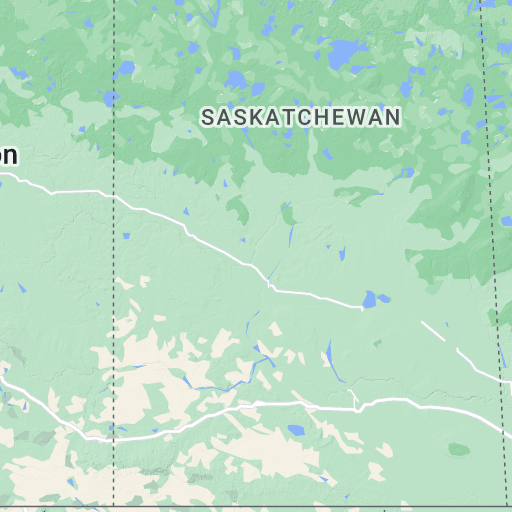 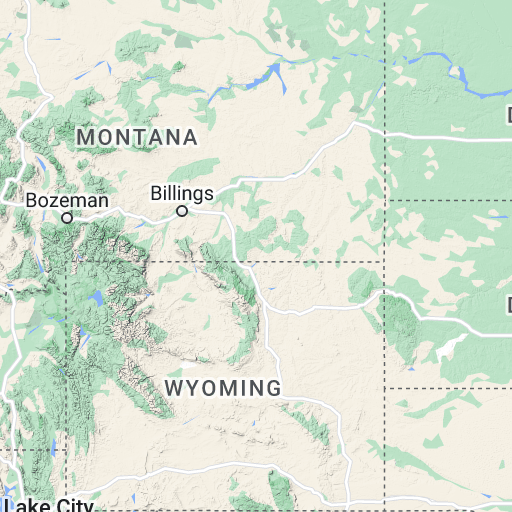 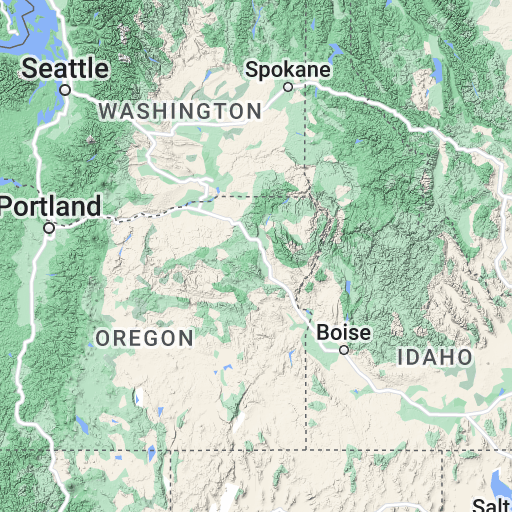 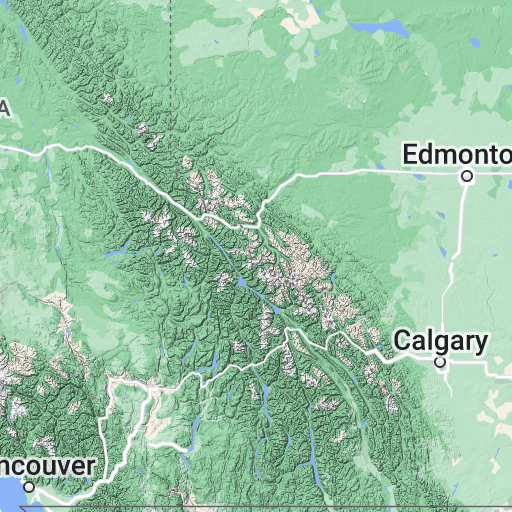 The Sunnyslope Sandstone Shelter was built early in the first decade of the twentieth century. The structure consists of a small chamber with sandstone masonry walls and a barrel-vaulted, sandstone masonry ceiling beneath an earthen, grass-covered mound. The only visible portion is the west-facing, arched, sandstone entrance, which projects above grade. The stone archway over the entrance has been reconstructed and the door, hinges and door jambs have been replaced. The dugout shelter is located amidst productive, agricultural land, but is immediately surrounded by natural vegetation. It is situated on a quarter section alongside Township Road 314 in Kneehill County, approximately 24 kilometres west of Three Hills.

The heritage value of the Sunnyslope Sandstone Shelter in Kneehill County lies in its identity as a distinctive example of a temporary, vernacular structure common during the earliest stages of settlement on the Prairies.

Dugout shelters were a common form of shelter in the earliest stages of Alberta’s settlement. Settlers required some form of shelter from the elements immediately after arriving at their homesteads. They often constructed rudimentary shelters using pre-modern building techniques. In addition to tents, sod huts and simple shacks, dugouts were frequently excavated for use as temporary living quarters. In the region that would become Alberta, dugouts were typically below grade excavations or dug into existing embankments. Roofs were generally made from logs or sod and were usually supported by poles. However, a wide variety of dugout construction techniques existed and stone, while unusual in Alberta, was used occasionally.

It is not known who constructed the Sunnyslope Sandstone Shelter; it was likely built by homesteaders who migrated from the American Midwest to the Central Alberta region between 1900 and 1905. One of these homesteaders, George Schech, used the structure as a temporary residence until he completed a frame house on the same quarter-section, after which he used the dugout as a root cellar. Both George Schech and a previous homesteader on the same quarter-section were reputed to have been trained stonemasons, which may explain the unusual choice of sandstone as the main construction material. Both homesteaders came to this region after residing in the American Midwest, where root cellar dugouts were also used as storm shelters. Stone construction was common throughout the Midwest due to the overall lack of trees and the added protection stone offered from tornadoes and other violent weather experienced by that area. The Sunnyslope Sandstone Shelter consists of a single, barrel-vaulted chamber accessed by a staircase. The main chamber, which is covered by an earthen mound, has mortared sandstone walls and ceiling and a hard-packed earth floor. Oriented on an east/west axis, it is approximately 2.25 metres by 4 metres in size and has a ceiling height ranging from 1.7 to 1.8 metres. A small opening is placed in the south facing elevation for light and ventilation. The staircase, which is located at the west side of the main chamber, is constructed of large, flat pieces of sandstone supported by earth and smaller stone chunks. It is covered by a vaulted, sandstone masonry ceiling. Access to the structure is gained through a west facing, arched entryway, which projects above ground.

There is a peculiar overgrown mound in a farmer’s field in Kneehill County, near the town of Three Hills. A weathered wooden door hung within a stone-frame sits against the embankment. The door opens onto a sandstone staircase leading downward into a vaulted, stone chamber. Welcome to the Sunnyslope Sandstone Shelter—what must be Alberta’s strangest starter home. We know that the builder must have been a skilled stonemason, but unfortunately we know little else about the craftsman or how the shelter was built. The one-of-a-kind shelter was designated a Provincial Historic Resource in January of 2011. This post will look at some of the theories we have developed in trying to solve the mystery of the origins of the Sunnyslope Sandstone Shelter and its current condition.

The Sunnyslope Sandstone Shelter is significant for how sandstone was used to build its walls, ceiling and archway door. We estimate the shelter to have been built between 1900 and 1905. This makes the structure distinct when compared with other early homes that would have been built in Alberta around the same time.

A few theories have emerged over the years. Initial investigation of homestead records and local stories led many to believe that a George Schech built the shelter. Schech was reputedly a German immigrant and stonemason who came to Alberta in 1903 or 1904 after living in Wisconsin, Montana or Washington for a time. He apparently lived in the shelter while a frame house was being built on the same quarter section of land. Afterwards, it became a root cellar. Little else is known about Schech, as he apparently abandoned the farm and returned to the United States after only a few years of living on the homestead.

Another plausible theory emerged from our research and later on from additional oral history in the Three Hills area. The other theory is that the shelter was built in 1902 by a Mr. Stein who, like Schech, was also a stonemason from Germany. However, there is no existing record of a Stein homesteading in the area. There is evidence that Erick C. Stendahl or Erich Steendahl settled on the land that contains the Sunnyslope Shelter. It may be that “Stein” is an adaptation of Stendhal. However, Canadian census records state that Stendahl was originally from Norway, not Germany, and lists 1905 as his year of immigration to Canada. Additionally, a Declaration of Abandonment issued by the Dominion Lands Office for this quarter section was signed by Erich C. Steendahl in 1903. George Schech applied for a homestead on this land shortly thereafter. This further complicates the issue by not having definitive evidence to reference and verify. The information that has been compiled for both Schech and Stein or Stendahl is based on correspondence with residents from the area, census and homestead records.

Homesteaders who came to Alberta would construct a small temporary shelter, such as a tent, dugout or shack, before building a larger and more modern house. In that respect, Sunnyslope is no different. Early dugout houses in Alberta were shallow pits, often built into an embankment, with roofs made from poles, mud plaster and sod. Sod houses were usually the first “permanent” home built by a homesteader during the end of the nineteenth and early twentieth century in areas without trees. Later on, a more solid structure, usually a wooden, frame house, was constructed for permanent habitation. A variety of building techniques were used throughout Alberta during this period, but stone construction is unique and Sunnyslope has load-bearing sandstone walls and a vaulted, sandstone ceiling.

This design is more fitting to the Great Plains of the United States, where dugouts were used as storm shelters. Stone became a popular option in areas of the American West and Midwest because there were fewer trees, and stone better shielded the little room inside from extreme weather, such as tornadoes. Structures like this were also used as temporary homes and storage cellars for supplies, fruit and vegetables.

Stonemasonry was much less common for simple buildings in Alberta, which makes the architecture of the shelter unique, but raises the question: why sandstone? A possible explanation is that the builder was influenced by the techniques used by homesteaders on the Great Plains of the United States, after residing there for some time. Since it appears that the builder of Sunnyslope was a stonemason, it is likely that he would have used the skills he was most familiar with to construct a first home.

The Sunnyslope Sandstone Shelter is stable and the interior has remained intact for more than a century—all of which is a testament to the skill of the builder. The stone archway itself was rebuilt in 1978, when a new wooden door was also added. The use of mortared sandstone and distinct stone stairway remain the most significant elements of the structure. The site shows the innovations that were made by early homesteaders and their need for a quickly constructed living shelter, while revealing the realities of a temporary habitat for early settlers to the area.

The mystery of the site’s origins highlight Alberta’s exciting heritage of fields, and the occasional rock, and show the fascinating stories that have contributed to our history, like that time that guy from Ontario came here and made our hockey team famous. Or that other time that other guy from Ontario came and did the same thing. While there are conflicting reports over who was responsible for the shelter’s construction, this tale shows the fun of reconstructing a 100 year old story. There is evidence to suggest that Schech or Stendahl (Stein?) could have built the shelter, but how can we know for sure?